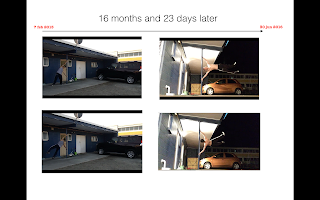 Something I putted together during my semester break. I don't constantly or intently train just to perform the human flag. I just do strength training in general, working every parts of my body. Well I try to.

Don't focus too much on particular things that you want to achieve, like for example mastering the human flag. What I am saying is don't put all your time in doing things, like human flag drills, or drills that will help you achieve a certain ability, other examples maybe something like doing the 540 kick or handstand? Just work on general and fundamental exercise or workout plan and the other things will come later.

That's what happened to me here. I do my general fitness exercise and I was able to do something like the human flag by random attempts. So this is a side effect. What you want is good side effects. For example say you do something like a spinning reverse hook kick drill and jumping 360 degrees, over and over again, eventually you will develop good jumping spinning reverse hook kick. Maybe one day you see 540 reverse jumping spinning hook kick on video and decide to try this yourself, and find out that you were able to perform it without intently practicing the 540 jumping spinning never hook kick. That right there is a side effect from doing fundamental drills.

And as for the human flag I didn't really do things that will help mastering the human flag, like side planks. Side planks are crucial for doing this. Like I stated before I just do overall full body workout. I do strength and cardio (High intensity interval training, HIIT) mostly, followed with stretching.

I almost don't even have time or I forget to practice martial arts. If I had to choose between martial arts or just general strength training and cardio fitness, I would choose the strength training and cardio fitness. Like one of my old inspiration, Freddie Lee, said was if you just do basic fitness exercise like, push ups, sit ups, squats etc, then you may develop the natural ability to fight or learn combative techniques. Well if you do a lot of fitness you should be naturally stronger, than the person who don't train and is threatening you,  and be able to defend yourself against them. But it's better to just run or evade if possible. Having good fitness in general will allow you to have sufficient stamina to run away and be safe, or allow you to run or sprinter faster.

Everyone can fight. Fighting is innate. Learning proper fighting form is easy. But what is not easy to attain is good fitness. It takes hard work for that. But if you combine good fitness and good combative techniques then you will become a badass weapon. But fitness alone is still great. If I was to choose between a fat unfit person you has good form in combative, or someone who looks fit and is fit and health with bad form when it comes to combat, then I would certainly choose the second option. Just because I would have bad form (by picking the second option) don't mean I won't be able to defend myself.

Benefits of fitness in general are improve: strength, endurance, flexibility (if you stretch), balance (or posture, health and well being, reflexes, memory, immune system and lots more if you google it. Side effects of doing basic fitness (well if you push yourself 100% and go hard) is that you may potentially mutate your genes and develop an advantageous adaptation. This idea is epigenetics, which is modification of your genes (or genomes), caused by environmental factors, like exercising. Good mutation may be high production of haemoglobin, giving you the ability to carry more oxygen throughout your body giving you super endurance, or maybe something like super strength which may be due to abnormal increased amount of muscle fibres and motor units from a new gene or activated inactive gene; or maybe affect a gene that limits the production of myostatin -which is a protein that suppress muscle growth therefore muscular strength. 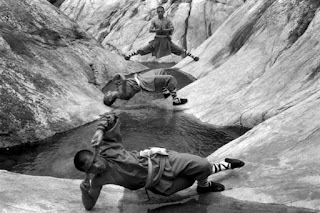 The point is that if you develop good fitness not only you will get the benefits associated with it, but also get a greatly surprising side effects. I used another example. Shaolin monks practiced kung fu for health and well being (and they still do). When the government invaded the shaolin temple, the monks realised that the kung fu exercise that they were doing could be used as a weapon to defend themselves and the temple. This is a badass or greatly surprising side effects. 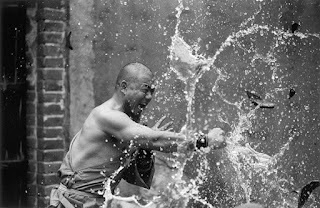 Of course it is good to practice particular exercise or drills that is doing to help you achieve a certain goal or ability, over and over again, to master it as soon as possible. That's only if you are really desperate and want it very bad. If not then just do overall or general fitness exercise, to build a good solid foundation. The goal or ability you are trying to attain will come as a side effect. Don't worry.

Don't get me wrong but I sometimes do focus on particular drills that is going to help me master the ability I want to attain, like planche and handstand. But I don't focus too much on it. One day those will come.

http://www.smash.com/12-images-shaolin-monks-training-will-completely-blow-mind/
Posted by lxnofap at 3:14 pm 4 comments: Links to this post

Its Been a while

Hey everyone sorry I haven't been up to date since I first came here.  I was busy with other things. I wanted to let you guys now that I have a separate YouTube channel that showcases my interest in martial arts.  Feel free to check it out.
https://m.youtube.com/channel/UCHrkKwcIySGtQszU69PQkqg
Posted by Dare Obidi at 11:24 pm 5 comments: Links to this post